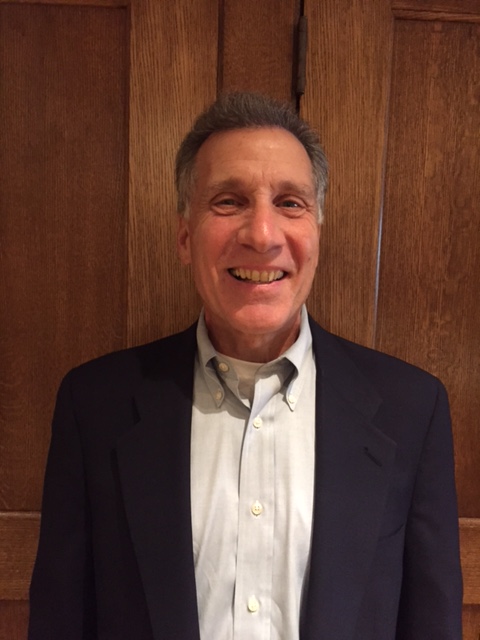 The Pastor and Parish Council of Holy Trinity Armenian Church are pleased to announce that Aram Hintlian, a longtime devoted and dedicated member of the Holy Trinity parish, will be honored as “Parishioner of the Year” at the Church’s 56th Anniversary Banquet to be held on Sunday, October 22, following church services, in the Charles and Nevart Talanian Cultural Hall.

The Very Rev. Fr. Mesrop Parsamyan, newly-appointed Director of Ministries at the Diocese of the Armenian Church of America (Eastern), will be the Guest Celebrant on this morning and offer the homily, with the Divine Liturgy beginning at 10:00 a.m.  During the Divine Liturgy, special prayers will be offered for the departed souls of the faithful who worked and built Holy Trinity Armenian Church at its present site in Cambridge.  Following Church Services, the Annual Banquet will celebrate the 56th Anniversary of the consecration of Holy Trinity Church in Cambridge.

“Aram Hintlian is the type of person every parish would be honored to call a parishioner,” states Fr. Vasken A. Kouzouian, Pastor of Holy Trinity Church.  “Aram comes from a family that was raised around the life of the Church.  His parents taught all their children by example the meaning of being a devoted member of the Armenian Church.  In turn, Aram and Becky have passed on that life-long commitment to their children, as have his siblings.  Aram serves his Church on every level; at all major annual events, Bazaars, Golf Tournaments, fund-raising efforts, and on both the local and Diocesan levels.  So much of our parish carries the fingerprint of Aram Hintlian.  We are proud to call him Holy Trinity’s 2017 Parishioner of the Year.  He is a role model for all.”

Aram Hintlian is well-known in the Armenian community for his years of service to the Armenian Church and greater community, and his steadfast devotion to his faith and heritage.

A devoted member and supporter of Holy Trinity Armenian Church for almost four decades, Aram has served the Church in many capacities.  He was a member of the Parish Council from 1987 to 1993 and is a Diocesan Delegate (a position he has held for the past 25 years).  Aram served as Chairman of Holy Trinity’s Annual Parish Assembly in 2003 and 2004, and then again from 2007 to 2017.  He chaired the Trinity Christmas Bazaar from 1990 to 1992, and has been running the “Country Store” booth at the Bazaar since 1981.  An active member of the Trinity Men’s Union, Aram served as Chairman from 1995 to 2004.  Since 2005, Aram has been Co-Chairman of the annual Holy Trinity Gregory Hintlian Memorial Golf Tournament, and is a member of the Board of Trustees of the Holy Trinity Trust Fund, where he serves as treasurer.

On the Diocesan level, Aram has been a Proposal Committee member and Nominating Committee Chairman at the Annual Diocesan Assembly.  Since 2014, Aram has served as a Trustee of the Ararat Youth and Conference Center (AYCC) in Greenville, NY, which is home to the St. Vartan Camp, and is currently the Chairman of the Board of Trustees of the AYCC.

Aram Hintlian was born on June 30, 1952 in Arlington MA.  He was one of four children of the late Aram and Anne Hintlian.  Aram graduated from Belmont High School in 1970 and during his high school years, played soccer, hockey and golf.  He attended Babson College in Wellesley MA and graduated in 1974.   During his years at Babson, Aram played soccer and hockey and was captain of the Babson College hockey team.  Aram earned his M.B.A. from Babson College in 1975.  After college, Aram moved to Easthampton MA where he started his career as Business Manager at Williston Northampton School (1975 to 1978).  In 1978, having moved back to Boston, he worked at the family business, Superior Nut Company.  In 1981, Aram, his brother Greg, and father Aram, left Superior Nut Company to found their own business, International Nut Company.  In 1989, International Nut was sold to a private equity firm and Aram and Greg continued to work for the new entity, Nutcracker Brands, Inc.  Aram and Greg bought the business back in 1997 and eventually sold the company to Ralcorp Holdings, where Aram worked until his retirement in 2014.

Aram is currently on the Board of Overseers at Babson College.

Aram has had a life-long love of golf and is an avid golfer, enjoying being with friends out on the golf course.  He also enjoys skiing and spending time with his family at his ski house at Sunday River in Maine.  Aram has enjoyed going to all the New England Patriots’ games having been a dedicated season ticket holder for 47 years.  He also enjoys hockey and attending Boston Bruins games where he has been a Boston Bruins season ticket holder for the past 37 years.

The Pastor and Parish Council of Holy Trinity Armenian Church cordially invite the Greater Boston area community to join them on October 22 as they honor a faithful son and servant of the Armenian Church.  During the Banquet, recognition will be given to outgoing Parish Council member Jack Ekchian.

Donation for the dinner is $40.00 for adults and $20.00 for children under 12.  Seating is by advance paid reservation only with a RSVP deadline of October 18.  Tickets may be purchased by contacting the Holy Trinity Church Office, 617.354.0632, emailing office@htaac.org, or online.

This site uses Akismet to reduce spam. Learn how your comment data is processed.

You can find out more about which cookies we are using or switch them off in settings.

This website uses cookies so that we can provide you with the best user experience possible. Cookie information is stored in your browser and performs functions such as recognising you when you return to our website and helping our team to understand which sections of the website you find most interesting and useful.

Strictly Necessary Cookie should be enabled at all times so that we can save your preferences for cookie settings.

If you disable this cookie, we will not be able to save your preferences. This means that every time you visit this website you will need to enable or disable cookies again.